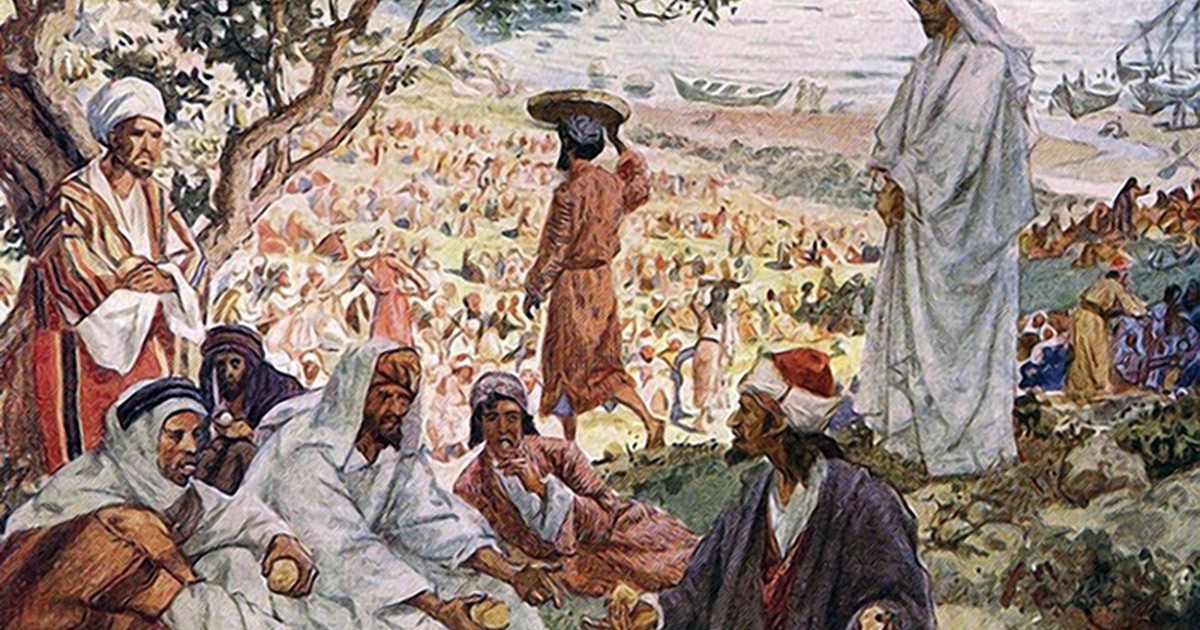 The disciples along with everyone else are having trouble understanding. This shows up several ways.

The first is in connection with Jesus sending them away to the other side of the sea. In verse 45 of our Mark text, Jesus “made” his disciples get into the boat and leave. Jesus is commanding the disciples to do something they do not want to do. They have other ideas. The word translated “made” is forceful.

“John (6:15) states the reason for this hasty compulsion, which implies a reluctance on the part of the disciples. The multitude was so affected by the miracle [of the loaves] that they were scheming to kidnap Jesus and to carry him in triumph to Jerusalem as a king at the Passover which was now close at hand (John 6:4). The disciples would have been delighted so see the plan carried out. Therefore Jesus separated them from the multitude and sent them away by themselves in order to give them a new revelation of the kind of king he really is.”[1]

The disciples do not understand the King or his kingdom.

The next way their trouble understanding shows up is when Jesus comes walking on the sea. They supposed it was a ghost. They were troubled and fearful.

The next way is when Peter tries to walk on water. He says, “Lord, if it is You, command me to come to You on the water.” Jesus already had said, “Be of good cheer! It is I; do not be afraid.” But Peter says, “If it is you.” When he saw that the wind was boisterous, he was afraid and began to sink.

The next way is in their amazement when the wind ceased. Mark accounts for this saying, “For they had not understood about the loaves, because their heart was hardened.”

This gives us a prominent clue about the problem: they had not understood about the loaves. The loaves are the miracle bread that fed the 5,000. The disciples were there, carried out Jesus’ instructions, saw everything, but not understand.

When the crowds saw that Jesus had left, they got into boats and came seeking him.

What is the difference?

“Not because you saw signs” means that these people only saw wonders and never saw signs at all, i.e., signs full of great meaning. … Jesus healed many sick at the place where presently he also fed the multitude, and these healings, too, were “signs” full of significance. … These people failed to see what was so gloriously pictured to them, the divinity of Jesus, his ability to feed their souls as he had fed their bodies, his Savior qualities as the Messiah sent of God. They had held the wonder bread in their hands, had eaten it with their mouths, but had never understood its true meaning with their hearts.

Over against the negative he puts the positive, “but because you ate the loaves and were filled.” Jesus drives this home by using [a] coarse word [derived] from [the word for] fodder or hay; they were satisfied like the ox when his belly is full of fodder. That is all the people obtained … “out of the bread” that meant to give them so much more.[2]

They said to Him, “What sign will You perform then, that we may see it and believe You? What work will You do? Our fathers ate the manna in the desert; as it is written, ‘He gave them bread from heaven to eat.’”

The loaves are signs signaling that Jesus is the bread of life. Jesus is the true manna given by the Father in heaven. This true manna brings things into a whole new realm. It is not a manna that fills only our stomachs. Jesus said, “I am the bread of life. Your fathers ate the manna in the wilderness, and are dead. This is the bread which comes down from heaven, that one may eat of it and not die.” (John 6:48-50)

When Jesus had crossed the sea, “The people recognized him, [and] ran through that whole surrounding region, and began to carry about on beds those who were sick to wherever they heard He was.” (Mark 6:54b-55)

John A. W. Haas says in The Lutheran Commentary, “The afflicted were brought to Jesus where He could be found, and if He had departed from one place the carriers of the sick followed until they found him.”[3] R. C. H. Lenski says, “The imperfect tenses are iterative and tell what the people did again and again.”[4]

Where may Jesus be found? Where has He said He will be? Where are the loaves today? If we knew, would we carry our sin-sick souls wherever He could be found to eat and live?

Jesus said to them, “Most assuredly, I say to you, unless you eat the flesh of the Son of Man and drink His blood, you have no life in you. Whoever eats My flesh and drinks My blood has eternal life, and I will raise him up at the last day. For My flesh is food indeed, and My blood is drink indeed. He who eats My flesh and drinks My blood abides in Me, and I in him. … This is the bread which came down from heaven – not as your fathers ate the manna, and are dead. He who eats this bread will live forever.” (John 6:53-58)

“The Jews therefore quarreled among themselves, saying, ‘How can this Man give us His flesh to eat?’” (John 6:52).

Both questions – where Jesus may be found and how Jesus can give his flesh to eat – have the same answer. “Jesus took bread … and said, ‘Take, eat; this is My body.’” Jesus said, “This is My blood of the new covenant, which is shed for many for the remission of sins.” (Matthew 26:28).

We ought to learn from these texts to understand the loaves and the signs. Jesus is the Bread of Life, the divine Christ, the Son of God whom the Father gave as the true manna from heaven. The manna, the loaves, feeding the 5,000 – all these are to signify and mean that Christ is with us in the bread of the Sacrament, and by his feeding us himself, we may live forever.

In the Small Catechism, we read:

What is the benefit of this eating and drinking?

How can bodily eating and drinking do such great things?

Where may Jesus be found? In the Word and Sacraments, the means of grace. Carry yourself with your sin sickness to where Jesus may be found, where you have heard He will be, to the Sacrament of the Altar. There he says, as out on the sea, “It is I. This is my body, not a ghost.” As when Jesus got into the boat and all at once they were at their destination to the other side of the sea, so when Jesus is present in the Sacrament, all at once, you are at the destination of forgiveness, life, and salvation.

Priority of the Word: A Bleeding Woman and a Dying Daughter