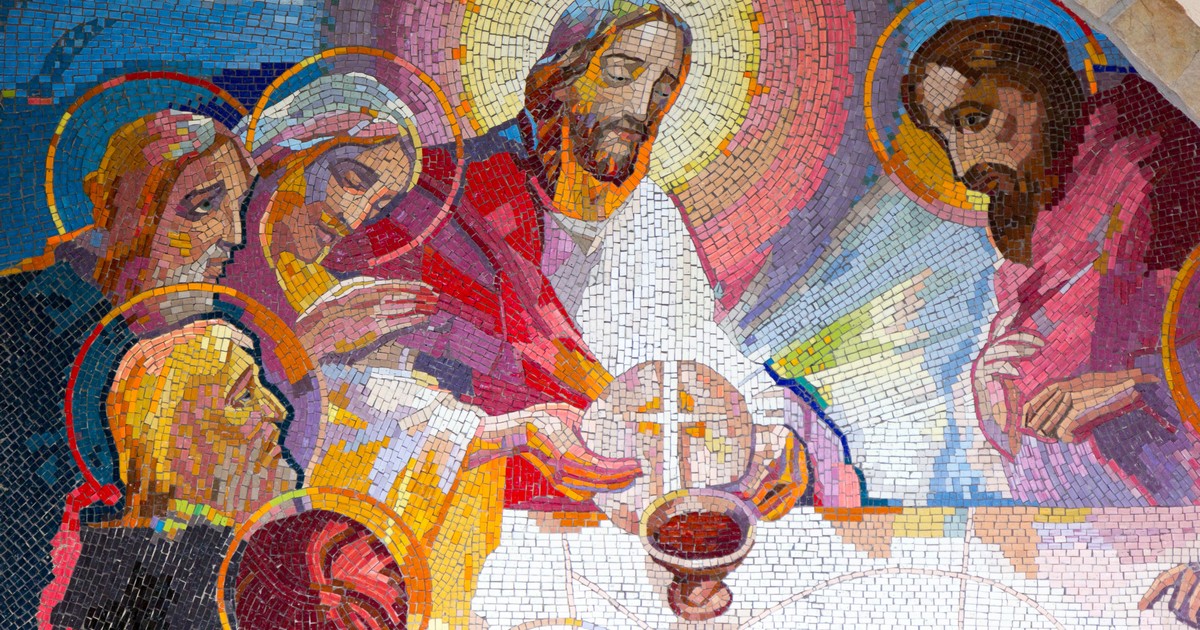 Why the Preface, Agnus Dei, and Pax Domini?
Real Presence

The Service of the Sacrament begins with the Preface.

“The Preface is one of the oldest parts of the liturgy, and could have been used by the apostles.”[1] It “is almost universally used in both East and West,”[2] It is “the oldest and least changed part of the liturgy.”[3] So it does not seem likely that we do this just because we have to start somewhere.

As soon as the Words of Institution are said or sung and Pax Domini (Peace of the Lord) is proclaimed, immediately we sing Agnus Dei (Lamb of God).

Is it just because we need something to do while the pastor and his assistant are communed? For those who practice fraction (breaking the bread), do we sing Agnus Dei just to cover the time fraction takes? Historically, some churches did keep singing it over and again until the fraction was done.[4]

I say “we” sing Agnus Dei meaning the church since 700 A.D. and Lutherans still today. But not everyone does. Others see no reason for it. The Second [Anglican] Prayer Book omitted it in 1552. A proposal to restore it to the English Book in 1661 failed. A similar effort in 1928 was defeated.[5]

The Papists had clouded the Sacrament with sacrifice by a sacerdotal priesthood, withholding of the Words of Institution from the people by whispering them and withholding one of the elements from the people. All that fit the error of transubstantiation. It all had the effect of reducing or removing the presence of Christ from the people.

On the other side, in their reaction against the Papist errors, the Radical Reformation, Enthusiasts, Anabaptists, Calvinists, and the Reformed denied Real Presence. Where the Papists made Communion into a work of the priests, the non-Lutheran Reformation made it into a work of the people by their faith and their grasping for spiritualist remembrances. According to them, it is your faith that makes the bread the spiritual body of Christ. It depends on you. This mystical labor keeps pressing toward an every-receding mirage of the presence of Christ. By a different means, this accomplished the same thing as the Papist errors: reducing or removing the presence of Christ from the people.

Luther reformed the Mass. He uncluttered the Sacrament from both kinds of human-effort sacrifices (sacrifices of the priests and sacrifices of the people).[6] He emphasized Christ’s Words of Institution and taught that the Words mean what they plainly say. “This is my body, which is given for you.” “This cup is the new testament in my blood, which is shed for you for the forgiveness of sins.”

According to the Lutheran confessions, nothing depends on you.[7] There is no labor here for you. Instead, Jesus by his Word makes bread his body and wine his blood and makes them a gift to you: “take,” “eat”, “drink,” and “given.” By his Word, the bodily presence of Christ is real regardless whether the priest is righteous, regardless whether the communicant is sincere or a hypocrite, and regardless of faith or feelings. Christ’s Word does what it says.

Having decluttered the Mass, centered it on the Words of Institution, and restored Real Presence against transubstantiation on one side and mysticism on the other, now we have a pure Service of the Sacrament.

In the Preface, Real Presence is why the service begins with, “The Lord be with you.” What is this? The words plainly speak of the presence of the Lord. “With” means presence. The words call forth childlike faith that simply believes “This is my body.”

The Greeting claims and proclaims the presence of the risen Lord as the liturgist in the thanksgiving and sacramental celebration (Luke 1:28; 2 Thess 3:16; 2 Tim 4:22)[8]

The Lord being sacramentally present with us is what the Sacrament is about. Clear the clutter. Hear the Preface. “The Lord be with you.” Anticipate the Words of Institution. Believe again, “This is my body, which is given for you” and “This cup is the new testament in my blood, which is shed for you for the forgiveness of sins.”

The pastor prays this for us, and then we pray it for him, either “And with thy spirit,” or “And also with you.”

This is the timeless worship of all the saints including the departed who are “present with the Lord.” (2 Corinthians 5:8) So the Preface continues, “Lift up your hearts.” “We lift them up onto the Lord” In simplicity, we understand Communion with “the holy Christian church,” as we confess in the Creed. The whole church worships in the presence of the Lord.

The Words of Institution and the reception of bread and wine happen so fast we could miss Real Presence. The Preface helps us. It says, hear the Word when it is spoken.

To greet the worshipers with a blessing; to invite attention; to incite devotion; and to suggest the coming act of worship.[9]

Stated another way, “The presider and the congregation committed to his care prepare themselves for the consecration.”[10]

O Christ, Thou Lamb of God, that takest away the sin of the world, have mercy upon us.

O Christ, Thou Lamb of God, that takest away the sin of the world, have mercy upon us.

O Christ, Thou Lamb of God, that takest away the sin of the world, grant us Thy peace.

Agnus Dei sees coming toward us what John saw. The Word of Christ makes it so, and nothing depends on the pastor or you.

Perhaps [Agnus Dei] was introduced into the liturgy because there were questions about Christ’s real presence, for the Agnus Dei states in unequivocal terms that what is present on the altar is none other than the Lamb of God who takes away the sin of the world.[12]

Now we can understand why Agnus Dei did not survive in the Anglican liturgy. The Anglican Communion is a mixed bag with Papist, Lutheran, and Reformed influences. The split votes on things like Agnus Dei reveal the ratios.

The Agnus Dei serves as a hymn of adoration to the Savior Christ who is present for us in his body and blood. It is for this reason that the hymn did not survive in the liturgies of Reformed churches, which refused to affirm the real presence of the body and blood in the sacramental elements.[13]

The Sacrament proclaims the Lord’s death until He comes. “For as often as you eat this bread and drink this cup, you proclaim the Lord’s death till He comes.” (1 Corinthians 11:26). When Jesus died and then came bodily to the disciples He said, “Peace be with you.”

Then, the same day at evening, being the first day of the week, when the doors were shut where the disciples were assembled, for fear of the Jews, Jesus came and stood in the midst, and said to them, “Peace be with you.” When He had said this, He showed them His hands and His side. Then the disciples were glad when they saw the Lord. (John 20:19-20)

He came. He stood. He showed his hands. He showed his side. This is real presence, bodily presence of the risen Christ. In the Sacrament we proclaim his death till he comes. We also proclaim that He comes back from the dead with Real Presence in the Sacrament. Of course we are not overlooking that proclaiming the Lord’s death until He comes refers to his future coming again to judge the living and the dead. But we are proclaiming that, sacramentally, He already does come bodily. We proclaim that the bread is his true body. Since he comes in this way after his death, we include the Pax Domini just after the Words of Institution that speak of his death in the giving of his body and the shedding of his blood. The pastor speaks the peace of the Lord to us as Christ spoke his peace to the disciples.

Luther lifted this brief blessing out of relative obscurity and gave it something more than its original dignity and significance as a blessing of the people, and, indeed, a form of absolution. In his Formula Missae (1523), he says: “It (the pax) is the voice of the gospel announcing the forgiveness of sins, the only and most worthy preparation for the Lord’s table.”[14]

Having heard the Words of Institution and the Pax Domini, then we confess what we have heard. We confess his presence and peace in Agnus Dei.

Real Presence — and the forgiveness and peace it brings — is the thread of the necklace on which all the pearls of the Service of the Sacrament are strung.

Baptism: No Stepping on the Lord’s Train