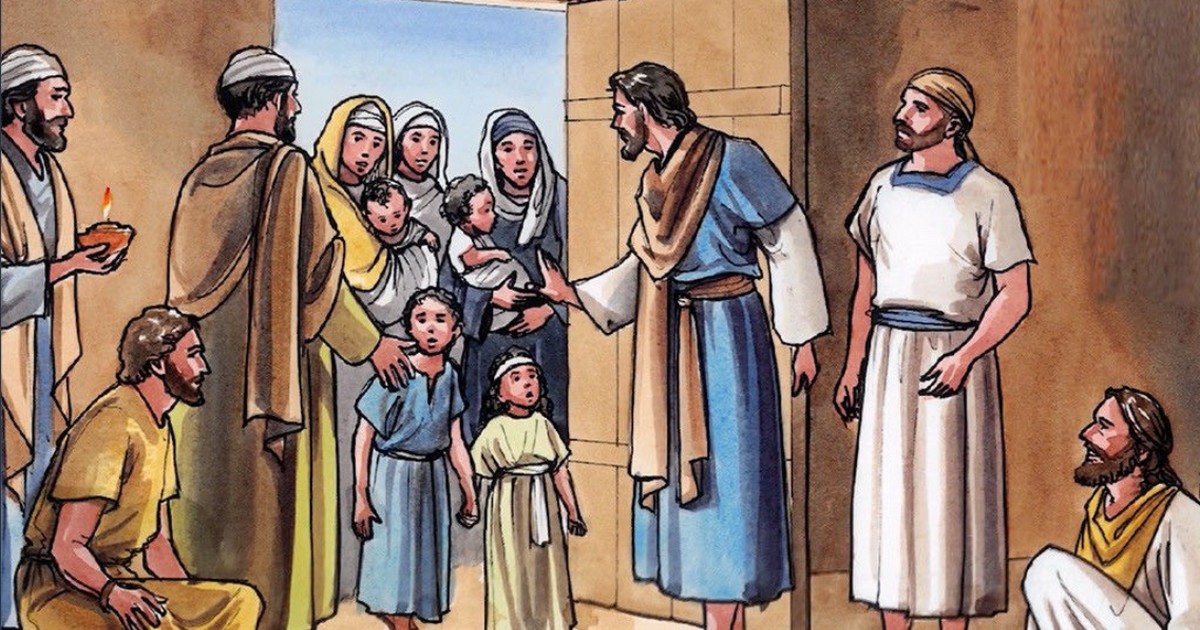 15 Then they also brought infants to Him that He might touch them; but when the disciples saw it, they rebuked them. 16 But Jesus called them to Him and said, “Let the little children come to Me, and do not forbid them; for of such is the kingdom of God. 17 “Assuredly, I say to you, whoever does not receive the kingdom of God as a little child will by no means enter it.”

16 And He took them up in His arms, laid His hands on them, and blessed them.

Observations on the Texts

In this text we observe:

First, there is no denying that the little children were infants.[i]

Second, He blessed them.

What blessing was this? Did He say something like, “Be clothed, be fed, be housed, be warm.” No. He said the kingdom of God belongs to them. He blessed them with the kingdom. How can the kingdom belong to them, yet Baptism is withheld from them?

Third, the prejudice in favor of adult-only Baptism is exactly what greatly displeased (Mark 10:14) Jesus, and what He rebuked. The deniers of infant Baptism claim we must be like adults when Jesus says we must be like little children.

Fourth, how can the kingdom of God belong to someone without faith? Doesn’t God say, “Without faith it is impossible to please him?” And don’t the critics of infant baptism say infants should not be baptized because they cannot believe? But if Jesus gave them the kingdom, they can believe, and thus they can be in the promise of God, “He who believes and is baptized will be save.” (Mark 16:16)

Fifth, which is a bigger obstacle to faith? Infancy or sin? Sin is the greater obstacle, and adults are hardened in sin. In Baptism, God overcomes obstacles to faith, and infancy is a small obstacle compared to sin.

How Can We Expect Baptism To Work?

Baptism: No Stepping on the Lord’s Train