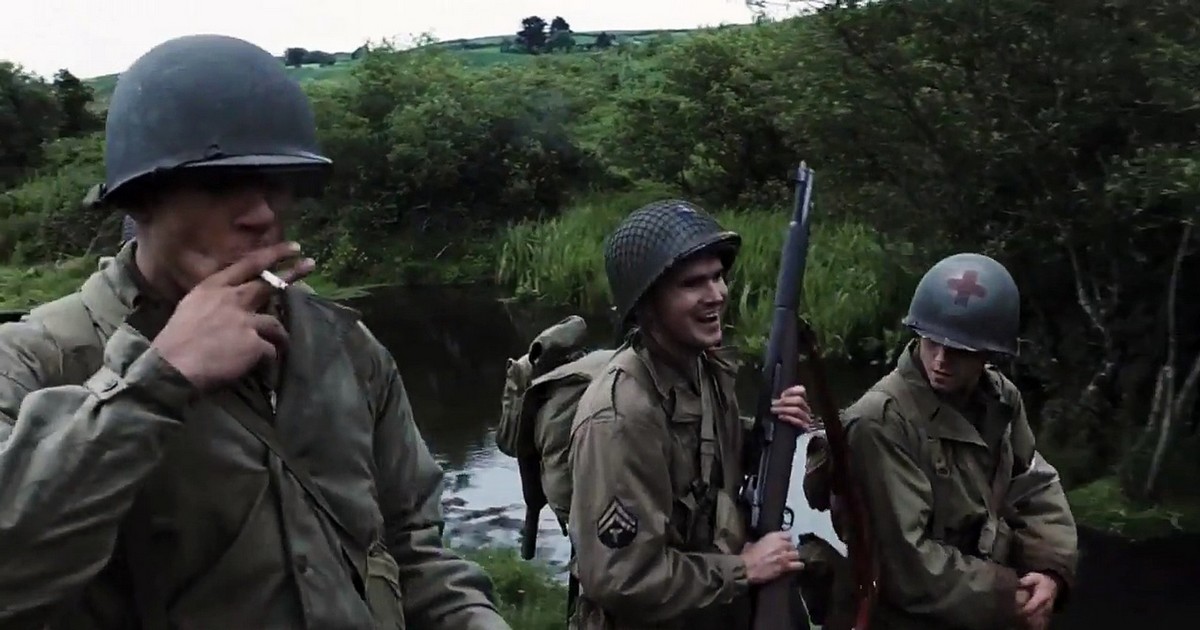 In the movie, Saving Private Ryan, Private Reiben asks, “Where’s the sense of riskin’ the lives of the eight of us to save one guy?” Captain Miller says, “We all have orders, and we have to follow ’em. That supersedes everything, including your mothers.” Private Reiben asks, “Even if you think the mission’s FUBAR, sir?” “Especially if you think the mission’s FUBAR,” answers Captain Miller.

Corporal Upham asks, “What’s FUBAR?” As things go from bad to worse, he learns what FUBAR means: fouled up beyond all recognition. (sanitized version).

When something is messed up so badly that it cannot be recognized as what it is supposed to be, that’s FUBAR. That’s what happened to Jesus when He was executed for our sins. Not only was He so messed up that He could not be recognized as God, even his humanity did not appear. Both were hidden under our sin that He was bearing.

“His appearance was so marred, beyond human semblance, and his form beyond that of the children of mankind,” or “His appearance was so disfigured that He did not look like a man, and His form did not resemble a human being.” (Isaiah 52:14) Before crucifixion, Roman flogging already had accomplished this.

Flogging was a legal preliminary to Roman execution. Hebrew law prohibited more than 40 lashes. The Pharisees established a law of only 39, in case of miscount. Roman law was different. The executioner had discretion over the number of lashes. Some never made it to their crosses.

The tool for scourging was the flagellum, a short whip with several heavy, leather thongs. Some had lead balls near the end of each thong. Others had jagged stone, broken pottery, or pieces of bone. The pain of blows was intended, but the idea went further, to cut the skin.

“Finally the skin of the back is hanging in long ribbons and the entire area is an unrecognizable mass of torn bleeding tissue.” (C. Truman Davis, M.D. in the journal Arizona Medicine) In the movie, The Passion of the Christ, Mel Gibson was not exaggerating.

As preached by the apostles, the point was not how badly Jesus suffered, but that his appearance portrays how bad our sin is. Sin makes us unrecognizable as the humans we once were in Adam before the fall. We are FUBAR.

Our ruin showed on Jesus when He took our place and carried our sin. But Jesus triumphed over our sin with all its damage. He went from humiliation on our behalf to glorification. He rose from the dead. He ascended into heaven. He sat down at the right hand of the Father where He rules over all things. As He once shared our sinful ruin, now He shares again his Father’s glory. This glory is more dazzling than the ugliness of our sin. He prays for us. He sends us the Holy Spirit to commend the Gospel of forgiveness to us. Through the Gospel, He promises to share his glory with us in our resurrection.