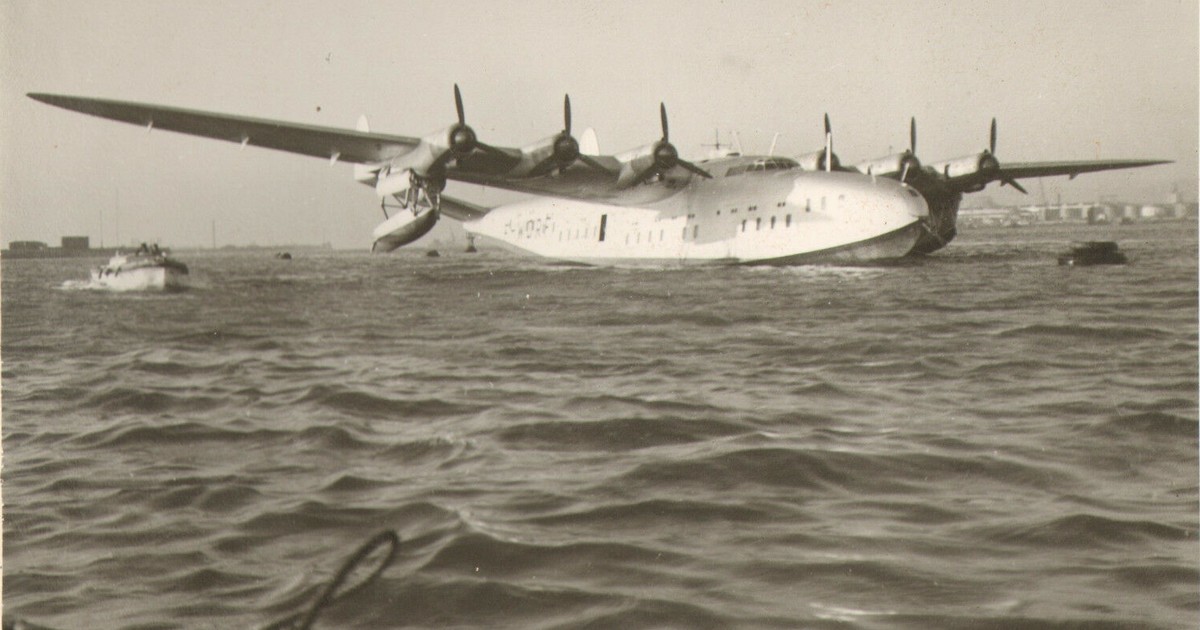 During World War II, Henry Kaiser, steel magnate and shipbuilder, conceived the idea of a massive flying transport. He turned to Howard Hughes to design and build it. It was 6 times larger than any aircraft of its time. Beyond its size, creating this airplane was challenging because of government restrictions on war materials like steel and aluminum.

Hughes designed this “Flying Boat” entirely in wood. Hardly anyone thought it could rise from the water. Hughes did not seem to know what he was talking about. His ideas of aeronautics seemed wrong.

The plane originally was designated the HK-1 for Hughes-Kaiser, but even Kaiser withdrew from the project. The plane was re-designated the H-4. But the press insisted on calling it the “Spruce Goose,” despite its being made almost entirely of birch. It was their way to ridicule an idea that would not get off the water.

But on November 2, 1947, during a taxi test, Hughes made an unannounced decision to fly. With a co-pilot, several engineers, crewmen and journalists on board, the Spruce Goose rose from the water and flew.

Jesus had his own Spruce Goose. It was his flogged, crucified, and dead body. He said it would rise from the grave, and people thought he was crazy or demon possessed.

In one of the four trials of Jesus, “Some rose up and bore false witness against Him, saying, ‘We heard Him say, “I will destroy this temple made with hands, and within three days I will build another made without hands.’’” (Mark 14:58) He had not said, “made with hands.” He had said simply, “this temple,” about the temple of his body. He meant that after his crucifixion, death, and burial, on the third day he would rise in his body from the grave.

Jesus said publicly that He “must suffer many things, and be rejected by the elders and chief priests and scribes, and be killed, and after three days rise again. He spoke this word openly.” (Mark 8:31)

John tells us the value of this rising of Jesus in his body from the grave. “When He had risen from the dead, His disciples remembered that He had said this to them; and they believed the Scripture and the word which Jesus had said.” (John 2:19-22).

The teaching is what Jesus told Martha. “I am the resurrection and the life. He who believes in Me, though he may die, he shall live. And whoever lives and believes in Me shall never die.” (John 11:25) The Apostles “preached in Jesus the resurrection from the dead.” (Acts 4:1) The Church still preaches today that by faith in Christ, our sins may be forgiven

Talking About the Black Sheep of the Family