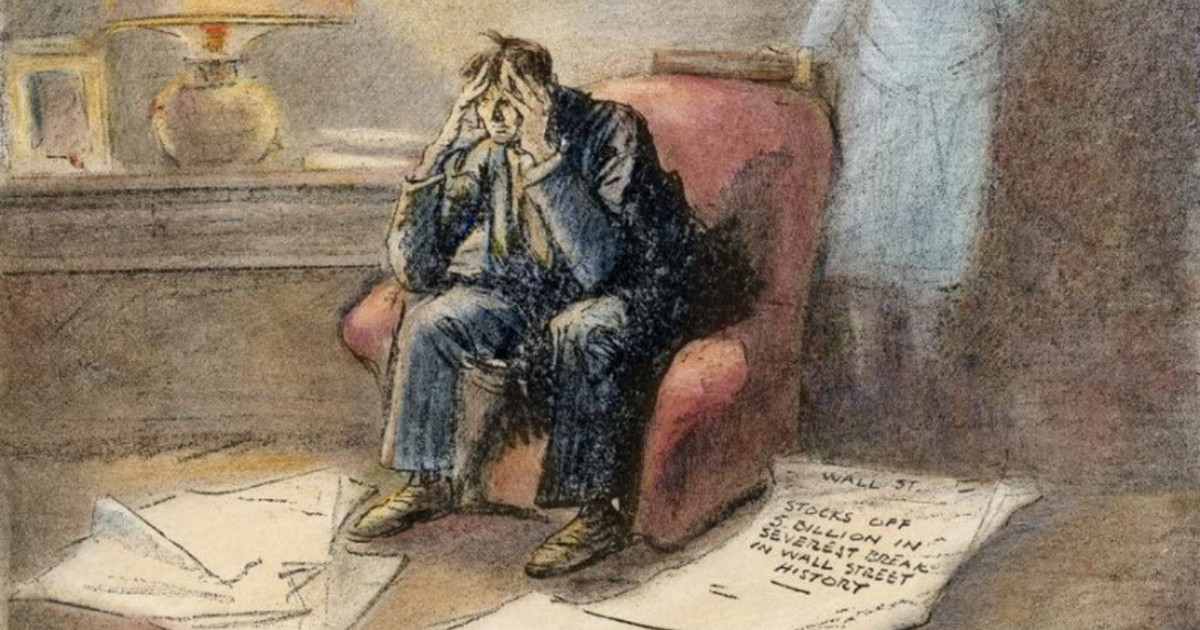 Winston Churchill was visiting New York the day after the stock market crash of 1929. The noise of a crowd outside his hotel woke him. “Under my very window a gentleman cast himself down fifteen stories and was dashed to pieces, causing a wild commotion and the arrival of the fire brigade,” he wrote. Over the following weeks, investors committed suicide by shooting and overdose.

A loss of riches, if great enough, can make people sorrowful unto death. Jesus experienced this in Gethsemane. He “began to be sorrowful … very sorrowful, even to death.” (Matthew 26:37-38).

The Greek word translated “sorrowful” is lupeo. This word has various uses. A repeated use in the Bible relates to riches, loss, and poverty causing sorrow. Jesus told the rich young ruler, “Sell all that you have … and come follow me. Disheartened by the saying, he went away sorrowful, for he had great possessions.”

Paul used the word when writing about persecutions and deprivations the apostles suffered. They were “as sorrowful, yet always rejoicing; as poor, yet making many rich; as having nothing, yet possessing everything.” (2 Corinthians 6:10)

Jesus was born and lived in poverty. What riches could he lose in Gethsemane? What treasure could be so great that losing it would make him sorrowful to death?

His treasure was in the heart of his Father and the communion of the Holy Spirit. He was losing communication with them.

The phrase “unto death” meant that Jesus was dying there and then. So “an angel appeared to him from heaven, strengthening him.” (Luke 22:43). This was strengthening, but not comforting. The angel only braced up Jesus’ sinking bodily nature so that He would not die too soon, in the wrong place, in the wrong way. By prophesy, He must die as the Passover Lamb, on Golgotha, on a cross, not in Gethsemane.

The angel carried no word from the Father. The abandonment that finally caused the cry, “My God, my God, why have you forsaken me,” already had begun.

The communion of the Son with the Father and the Holy Spirit was the original treasure, the richest ever. The Trinity is love’s eternal home. Trinitarian love is what makes heaven heavenly.

Once we had communion with God. Adam walked and talked with God in the first garden. But sin separated us from God. This is our poverty without Christ. But Jesus suffered the loss of love’s riches unto death so he could give the treasure to us beggars.

By his redemption, Jesus took on the sin that separated us from God and overcame it. Jesus restores to us the love of Father, Son, and Spirit. (Ephesians 3:14-19). “If anyone confesses that Jesus is the Son of God, God resides in him and he in God. And we have come to know and to believe the love that God has in us. God is love, and the one who resides in love resides in God, and God resides in him.” (1 John 4:14)

Escaping a prairie fire on burnt out ground