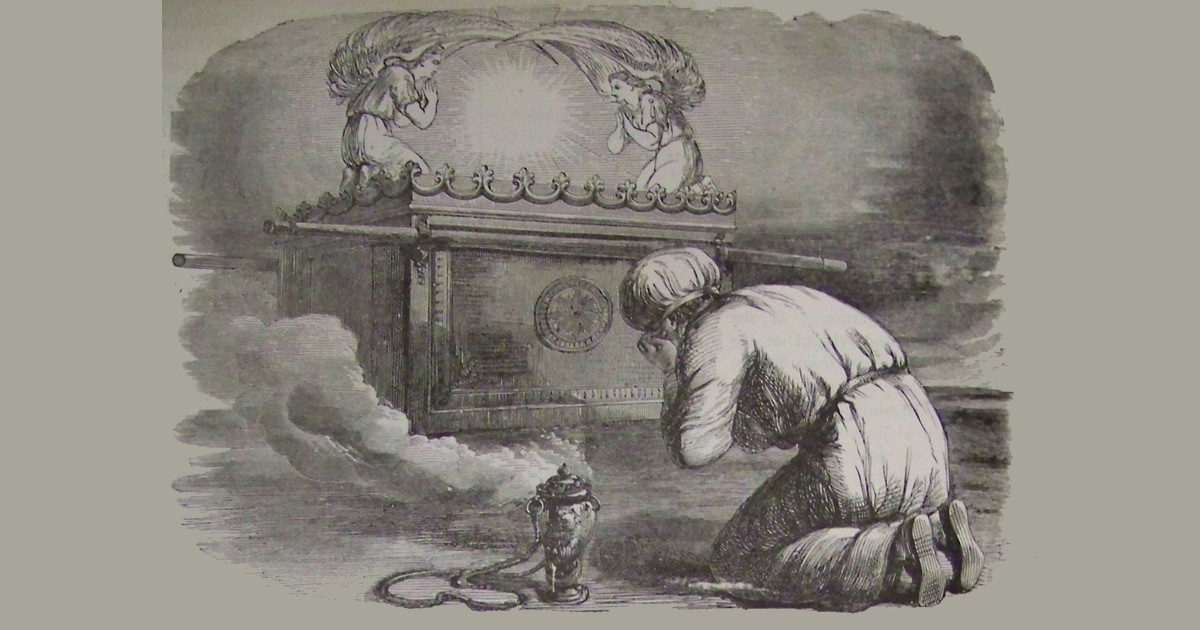 Leviticus was used widely in the early church and later to preach the Gospel. The modern church generally ignores Leviticus.[1] Leviticus is a gift unopened and sent back to the Giver. We’re missing out.

God speaks in Leviticus. Here He gives us many of the most basic and precious truths of forgiveness, life, and salvation, such as: Law and Gospel, sacrifice and sacrament, the person and work of Christ, the kingdom of heaven, and prayer.

We pray in the Second Petition of the Lord’s Prayer, “Thy kingdom come.” To pray with our understanding, we may ask, what sort of kingdom is this? What kind of king is Jesus?

We know how the kings of the world are. Frankly, they are not all that attractive. The idea of being ruled by them is not necessarily appealing. Jesus says, “You know that the rulers of the Gentiles lord it over them, and their great ones exercise authority over them.”[2] Not our cup of tea.

Leviticus reveals the character of our King. It shows the nature of his kingdom. The Holy of Holies in the tabernacle contains the Ark of the Covenant. Its cover is the mercy seat, where the blood of the sacrifice of atonement is sprinkled. This is the blood of “the Lamb of God who takes away the sin of the world,” as John the Baptist preached from Leviticus in his testimony to Christ.[3]

The inner room housed the ark, which, together with the mercy seat, formed the throne of the Lord.[4]

The throne of this King is the ark and mercy seat. No other king has a throne like this. No other king rules by mercy, forgiveness, and his own blood shed for you for the remission of all your sins.

How our daily prayer, “Thy kingdom come,” could be enriched and enlivened by the image of this throne of the kingdom for which we pray.

Sometimes we Christians marvel at how the Jews did not recognize Jesus as the Christ from what was written of him in Moses and the prophets. But we do the same. See Christ in Leviticus, and pray “Thy kingdom come.”

those common interpretations overlook one important fact: the Lord himself is the speaker in the passages where this formula [about a gift of a pleasing aroma to the Lord] is found.[5]

Observe the first verse. “Now the LORD called to Moses, and spoke to him from the tabernacle of meeting, saying, …”[6] These offerings and sacrifices do not originate with man. The initiative is with God. God called. God spoke to Moses.

God had moved from Mount Sinai to the tent of meeting and now is speaking from there. Moses no longer has to ascend the mount to meet with God. The motion, the initiative all is on God’s part.

God tells Moses, “Speak to the children of Israel, and say to them: ‘When any one of you brings an offering to the LORD.’”[7] Moses preaches the Word of God to the people. The people are not inventing anything.

Of the whole burnt offering, God told Moses to tell everyone who brings the prescribed offering in the prescribed way, “it will be accepted on his behalf to make atonement for him.”[9] The people are not accomplishing something through this. God is, by his Word.

Human beings do not determine which gifts are acceptable to the Lord, nor can they decide by themselves if he is indeed pleased with them. The Lord himself does that for them. By his Word he establishes the rite that is to be enacted and the purpose of its enactment. His Word not only prescribes which oﬂering is to be presented, and how, but it also announces what he himself promises to accomplish through it.

Because the Lord himself ordained that these offerings are the “gift” that produces an “aroma” that is pleasing to him, the people who presented them were assured that whenever these offerings were presented as he had ordained, the Lord did accept them and was in fact pleased with those who brought them. Consequently, each statement that the offering was a gift and an aroma pleasing to the Lord explains the sacriﬁcial enactment theological1y—from God’s point of view. It explains what the Lord promised to do for those who brought these offerings to him, and it does so in general terms which are meant to cover all cases.[10]

From this, we learn what sacrifice and sacrament are. Both exist by the Word. In both, Christ gives. In one, He gives to the Father. In the other, He gives to us. In both, what He gives is himself.

In sacrifice, Christ gives his body and blood to the Father, and He does that for us. His doing this is accepted on our behalf by the Father. His sacrifice is a gift to the Lord that is a pleasing aroma to the Lord, as Leviticus tells us.

This is the basis of the Gospel proclamation in Hebrews:

But Christ came as High Priest of the good things to come, with the greater and more perfect tabernacle not made with hands, that is, not of this creation. Not with the blood of goats and calves, but with His own blood He entered the Most Holy Place once for all, having obtained eternal redemption. For if the blood of bulls and goats and the ashes of a heifer, sprinkling the unclean, sanctifies for the purifying of the flesh, how much more shall the blood of Christ, who through the eternal Spirit offered Himself without spot to God, cleanse your conscience from dead works to serve the living God? And for this reason He is the Mediator of the new covenant, by means of death, for the redemption of the transgressions under the first covenant, that those who are called may receive the promise of the eternal inheritance.[11]

How our reception of the body and blood of Christ in the Sacrament could be made still more vivid by the sacramental foreshadowing in Leviticus. As David P. Scaer says:

With his body and blood, Christ is present in the church as the sacrifice to God for sin. What Christ sacrificed to God he gives as sacrament to his people. Sacrifice and sacrament are two sides of one reality.[12]

This is why, in the liturgy, the Agnus Dei is in the Service of the Sacrament, and why it occurs when it does. As the Word in Leviticus makes the offerings accomplish the promises of God, so Christ’s words of institution of the Sacrament make the bread and wine his body and blood, so that with his blood we receive what it was shed for, the remission of sins. When the Verbum – the words of institution – have been said, sung, or chanted, then we sing Levitically, “O Christ, Thou Lamb of God, that takest away the sin of the world, have mercy upon us.”

With the vividness of Leviticus, the Agnus Dei is a greeting. We greet the sacrificed and sacramental Christ who is present in the church from the tabernacle in heaven made without hands. He is not on Sinai. He is in the tent of meeting, with us. With his presence, we pray him for mercy. We eat and drink his body and blood, and his kingdom is at hand, because we are ushered to his throne, the mercy seat, where tablets of the Law in the Ark of the Covenant are covered by his blood.

Your Redeemer Lord would say something to you in Leviticus.

Would You Deny Real Presence to Escape the Jaws of Beasts?