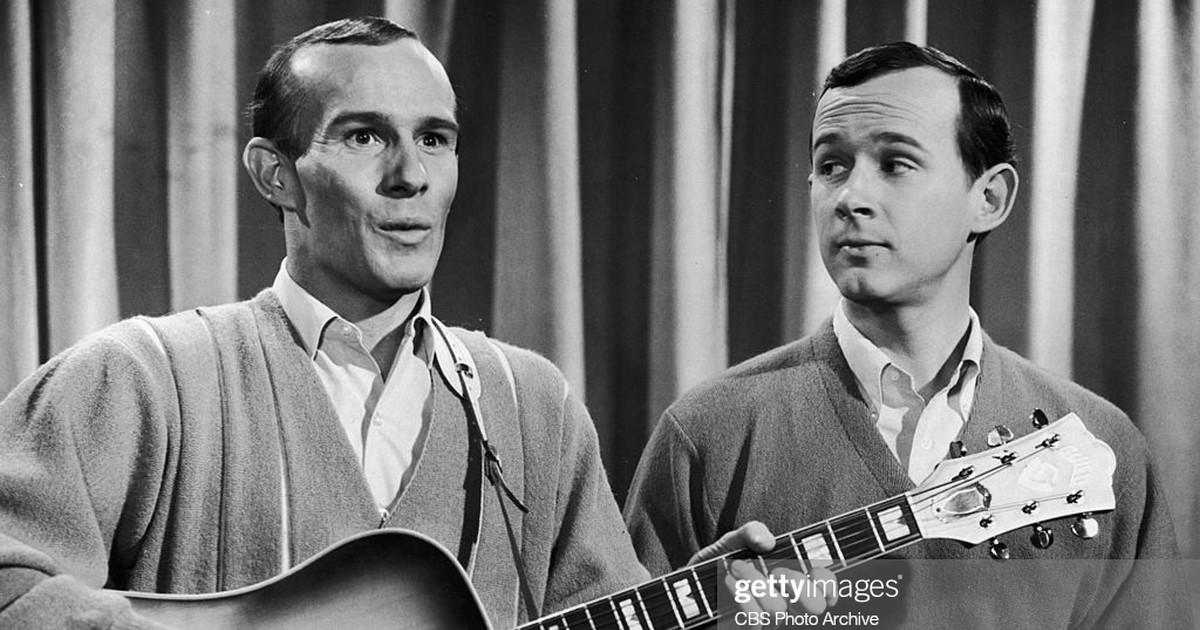 That was the signature line of the comedy act, the Smothers Brothers. In an interview by PBS, Tommy Smothers recalled how it started. He was the younger, dumber brother. Dick was the older, smarter brother. Dick, as usual, was running Tommy down. He did it so convincingly that the audience stopped thinking it was only an act.

The audience started to hiss and boo Dick. Tommy said, “He’d do this one litany, about five or six lines in a row. ‘You’re stupid. You’re dumb. You’re not a man. You’ve never done anything right. You’re a failure. You’ll never amount to anything.’” Tommy answered, “Yeah, and mom liked you best.” The audience fell apart.

Why was that funny? Why did that relieve the tension that was running so high against Dick? The audience had a pent up desire to see Tommy win, to top Dick, to play trump. Unexpectedly, he did. Suddenly, in a bitter way, the brother who was supposed to be a failure was a smashing success.

Tommy won the argument with one, simple statement. The dumber brother showed that in one important way, he was smarter. Unpack the line, “Mom liked you best,” and it says, if you’re so smart, why do you think you can hurt me with all those rotten things you are saying, when I already have been hurt as badly as anyone can be? Does it get any worse than my mother not loving me as well? I am down so far, how did you think you could put me down any farther?

Life does that to us. It tells us we are not loved as well as others. As bad as that is when it involves our mothers, it is worse when we feel that way about our Heavenly Father. The Devil, the world, and our own fallen thinking try to take away our assurance of how well the Father loves us.

As with nearly every problem in our faith, the Trinity is the answer. Because of the Trinity, we can receive assurance of how well loved we are.

The Only Begotten Son tells us He, too, loves us exactly as the Father loves him. “As the Father has loved me, so have I loved you.” (John 15:9)

The Spirit also brings us the same love. “You have received the Spirit of adoption as sons, by whom we cry, ‘Abba! Father!’ The Spirit himself bears witness with our spirit that we are children of God.” (Roman 8:15-16)

Through the blood of Christ, we receive Trinitarian love.