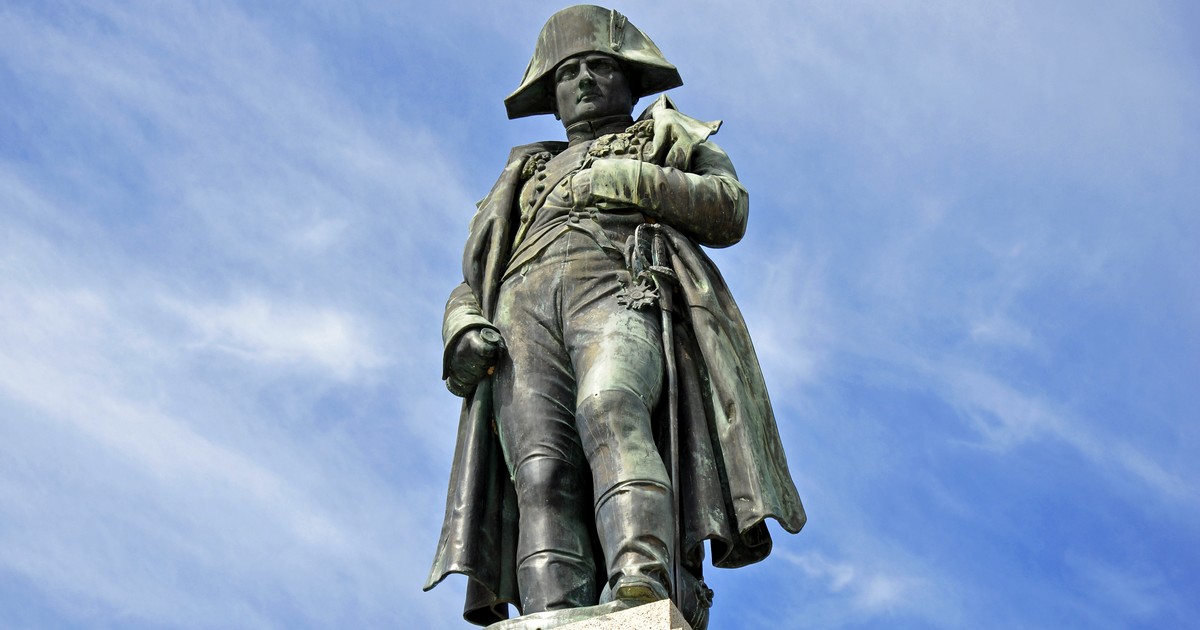 Napoleon moved with his army through Switzerland. People hailed him everywhere with thunderous applause and cheers. He seemed unimpressed. Someone said, “Isn’t it great, this roaring support of the people?” Napoleon replied, “The same people cheering for me today would cheer just as loudly at my execution.”

When Jesus showed his glory, people liked him. When He fed 5000, the crowd wanted to “take Him by force to make Him king.” (John 6:15) When He paraded into Jerusalem in the traditional way of kings, crowds blessed him as “the King of Israel!” (John 12.13) That was Palm Sunday. By Thursday, they cried, “Crucify him!” Like Napoleon said.

When Jesus hid his glory, people hated him. He told Pilate, “My kingdom is not of this world; [otherwise] my servants would fight, so that I should not be delivered.” (John 18:36) No fight, no power, no glory. The chief priests said, “We have no king but Caesar.” (John 19:15)

When Pilate sent Jesus to Herod Antipas, at first Herod was glad to see him. “He was hoping to see some sign done by him.” (Luke 23:8) Jesus showed him no sign. Because he saw no glory in Jesus, “Herod, with his men of war, treated Him with contempt and mocked Him, arrayed Him in a gorgeous robe.” (Luke 23:11)

Pilate’s soldiers also mocked Jesus. Each mockery was directed against his kingship. They clothed him with a purple robe, twisted a crown of thorns, put the crown on his head, put a reed in his right hand like a scepter, bowed the knee before him, saluted him with “Hail, King of the Jews,” worshiped him in mock worship, struck him with their hands, and spit on him. They struck him on the head with a scepter-like reed showing themselves as kings more than he was.

When the Romans crucified a criminal, they wrote the condemnation on a placard, such as, Traitor, Insurrectionist, or Assassin. On Jesus’ placard they wrote, “THIS IS THE KING OF THE JEWS.” Such shame, to think you are a king and be so weak. They wrote it in Greek, Latin, and Hebrew. Let everyone read the shame.

At the cross, people mocked Jesus as a king without glory. “If He is the King of Israel, let Him now come down from the cross, and we will believe Him.” (Matthew 27:42) They were like Herod. They demanded glory.

Isaiah prophesied of this, “Truly, you are a God who hides himself, O God of Israel, the Savior.” (Isaiah 45:15) The power and glory, wisdom and holiness of God were hidden deeply under their opposites, weakness and shame, foolishness and guilt. The Cross is the opposite of glory. The Suffering Servant is the opposite of a king. He hides, suffers, and serves to be our Savior.

Jesus endured our rejection of him that we might have his acceptance with the Father. On the basis of Christ’s blood, we receive “his grace, by which He made us accepted in the Beloved.” (Ephesians 1:6)

Escaping a prairie fire on burnt out ground

“You don’t understand what you read,” she said