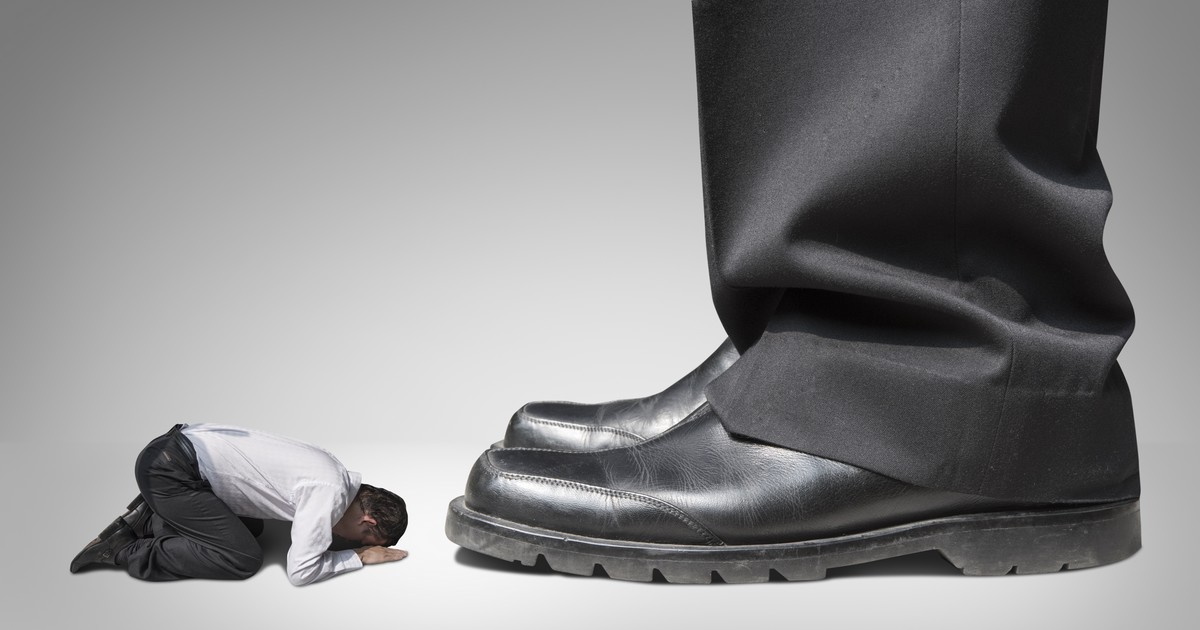 Note: This article may be downloaded as a PDF file.

Some friends in a Lutheran congregation of a different synod from mine have been in a long pastoral vacancy. The bishop refused to give the congregation any names of candidates for a long time. He said expressly said he would not until many in the congregation are desperate for a pastor. Having reached that point, the bishop finally recently gave the congregation only one name. That one candidate teaches such things as universal salvation by way of a purgatory-like intermediate state.

This makes waste of the blood of Christ. It treats Christ’s blood as insufficient by itself to fully atone for all our sins. It turns us instead to rely on works or sufferings we do for the completion of our atonement.

After quite a bit of the delay already had happened, my friends asked me how these things are handled in my synod, Missouri. Simple, I said. In the Montana district, we follow procedures cast from the mold of the confessional writings of the Lutheran church. I was able to say this with confidence because my congregation had just gone through a vacancy when Rev. David Warner was called to be a Missionary in Spain.

What was all this based on, and why hasn’t that happened in my friends’ synod?

In this article we ask, “What is a bishop?” We will see that it has two meanings:

In Scripture, there is one pastoral office that the Apostles call by three names. The three names do not divide the office into three offices. Each name emphasizes an aspect of a single office. Together, they show the richness of the office.

The three names are:

The word overseer refers to overseeing souls in a congregation, just as shepherds oversee sheep and elders oversee those of less age, experience, seniority, education, or training.

Paul teaches that Christ himself gave the office of pastor. He says, “He Himself gave some to be apostles, some prophets, some evangelists, and some pastors and teachers.” (Ephesians 4:11) Consequently, Paul and Barnabas “appointed elders in every church.” (Acts 14:23) Paul reminded Titus why he left him in Crete, saying, “For this reason I left you in Crete, that you should set in order the things that are lacking, and appoint elders in every city as I commanded you.” A church without a pastor is lacking something, but once Titus appointed elders in every city, they were not lacking, because elders are pastors and bishops.

In the first verse of Philippians, Paul greets his readers, “To all the saints in Christ Jesus who are in Philippi, with the bishops.” We have seen that Paul, Barnabas, and Titus appointed elders in every church and in every city. Yet he does not address the Philippians using the term elder, but bishop. That is because the bishops were elders, and they were pastors. He is not omitting a greeting to the pastors or elders.

In one poignant passage, Acts 20:17-36, we see the extended and deeply emotional scene of Paul’s departure from the elders at Ephesus. He had ministered there for three years, the longest of any place in his career as an Apostle. He knew these people well and loved them as himself. At the end, “they all wept freely, and fell on Paul’s neck and kissed him, sorrowing most of all for the words which he spoke, that they would see his face no more. And they accompanied him to the ship.” Paul, together with these elders, had built up the church of Ephesus to sound and healthy condition. Yet nowhere is there any reference to pastors or bishops in this scene. We see reference only to the elders. Paul was not leaving them without pastors or bishops. The elders were the pastors and bishops.

In Titus 1:5-9, quoted below, we see Paul talking about elders in verse 5, but then in verse 7 he uses the title bishop. He does this although it is obvious that he has not changed subject to a second office in the church. He still is talking about only one office, but he calls it by two names in the same passage. In fact, the word “for” at the beginning of verse 7 shows that what he is about to say explains or gives the reasons for what he already said in verses 5 and 6. That makes explicit that only one office is being discussed.

5) For this reason I left you in Crete, that you should set in order the things that are lacking, and appoint elders in every city as I commanded you–

6) if a man is blameless, the husband of one wife, having faithful children not accused of dissipation or insubordination.

7) For a bishop must be blameless, as a steward of God, not self-willed, not quick-tempered, not given to wine, not violent, not greedy for money,

8) but hospitable, a lover of what is good, sober-minded, just, holy, self-controlled,

9) holding fast the faithful word as he has been taught, that he may be able, by sound doctrine, both to exhort and convict those who contradict.

In 1 Peter 5:1-3, quoted below, we see Peter talking about elders in verse 1, but then shepherds (pastors) in verse 2, and then before he can finish the sentence in the same verse, overseers (bishops). He does this even though it is obvious that he has not changed subjects to a second and then again to a third office in the church.

1) The elders who are among you I exhort, I who am a fellow elder and a witness of the sufferings of Christ, and also a partaker of the glory that will be revealed:

2) Shepherd the flock of God which is among you, serving as overseers, not by compulsion but willingly, not for dishonest gain but eagerly;

3) nor as being lords over those entrusted to you, but being examples to the flock.

Both of these Apostles, Paul to the Gentiles and Peter to the Jews, use the three terms in the same way to refer to the single gift of Christ to the Church, pastors.

Bishop: A Meaning by Human Arrangement

Now we consider a second meaning of the word bishop, a meaning by human arrangement. This meaning is explained in the Lutheran confessions.

Since Christ himself gave the church pastors, and since all the Apostles appointed pastor-elder-bishops in every church and every city because of Christ’s gift, the powers of a pastor, elder, or bishop that are established in Scripture are said to be powers the office has by divine law, divine authority, or divine right.

Equality of All Pastors and Bishops

The confessional writings of the Lutheran church written to establish its doctrine during the Reformation teach from Scripture what has been above about the single office, the three titles, and the divine authority of the office. All pastors, elders, and bishops are equal in this divine power or authority. One of the Lutheran confessions, the “Treatise Against the Power and Primacy of the Pope,” says:

Everyone confesses, even our adversaries, that this power is common to all who preside over churches by divine right, whether they are called pastors, elders, or bishops. So Jerome explicitly teaches in the apostolic letters that all who preside over churches are both bishops and elders. He cites from Titus 1:5-6 [one of the passages discussed above, and he explains it in the same sense as it was explained above].[1]

Since the power is common to all, the divine right is equal in all the pastors, elders, and bishops.

Human Arrangement of Bishops over Pastors

But afterward, one was chosen to be placed over the rest. This was done as a remedy for schism, lest each one by attracting a congregation to himself might tear apart the Church of Christ. … [T]he elders always elected one from among themselves and placed him in a higher station, calling him bishop.[2]

Because the word bishop already had the well-established scriptural meaning relating to the single office given by Christ, it would have been better to give this office by human arrangement a different name. In the Missouri Synod, it is given the name District President, and that probably is a good thing. But in other synods, so long as the distinction between powers by divine law and powers by human arrangement is maintained, using the title bishop can work. The Treatise continues:

Jerome, therefore, teaches that it is by human authority that the grades of bishop and elder or pastor are distinct. The content itself says this, because the power is the same, as he has said above. Later, only one thing made a distinction between bishops and pastors, namely, ordination. For it was arranged that one bishop would ordain ministers in a number of churches.[3]

Lording it over Congregations

The trouble is, bishops tend to drift over time into claiming that extra powers over elders, pastors, and congregations are vested in them by divine right. They do this even though this contradicts Scripture and the Lutheran confessions.

They are tempted to lord it over congregations, which is contrary to what Jesus taught about leadership in the kingdom of God and contrary to what the Apostles taught about bishops. “Jesus called them to him and said, ‘You know that the rulers of the Gentiles lord it over them, and their great ones exercise authority over them. It shall not be so among you.” Matthew 20:25-26. We saw above in 1 Peter 5:1-3 that bishops oversee the flock not “as being lords over those entrusted to you.”

The early Lutherans experienced such troubles and were careful to maintain the distinction between powers of bishops by divine right and by human arrangement. The Treatise explicitly says:

Since the grades of bishop and pastor are not different by divine authority, it is clear that ordination administered by a pastor in his own church is valid by divine law.

Therefore, when the regular bishops become enemies of the Church or are unwilling to administer ordination, the churches retain their own right to ordain their own ministers.

… [T]he people elected pastors and bishops. Then came a bishop, either of that church or a neighboring one, who confirmed the one elected by the laying on of hands. Ordination was nothing else than a ratification.[4]

While Scripture and the Lutheran confessions provide much more evidence of what is being said, we have seen enough already to make application of the teaching.

When a bishop will not provide a congregation in pastoral vacancy with candidates to be its pastor or will delay for sufficient time to make the congregation desperate for a pastor, or will provide only one or two candidates whose teachings depart from the faith once delivered to the saints, this fits the language of the Lutheran confessions about being unwilling to administer ordination. It is a case of lording it over the congregation and arrogating to the bishop a pretended authority contrary to Scripture and the Lutheran confessions and contrary to the example of Christ who, though Lord of all, came not to be served, but to serve.

When a bishop will provide but one or two candidates whose doctrine contradicts the congregation’s historical, scriptural, and Lutheran teachings, the congregation retains the divine right to call an orthodox pastor. The Treatise says,

If the bishops … will not ordain suitable persons, the churches are in duty bound before God, according to divine law, to ordain for themselves pastors and ministers.[5]

Part of the trouble in my friends’ congregation was their lack of understanding of :

All congregations of any Lutheran synod should learn from this disastrous example, and from Scripture and the confessions. No bishop has any divine right to impose heresy or artificially exacerbate a pastoral vacancy.