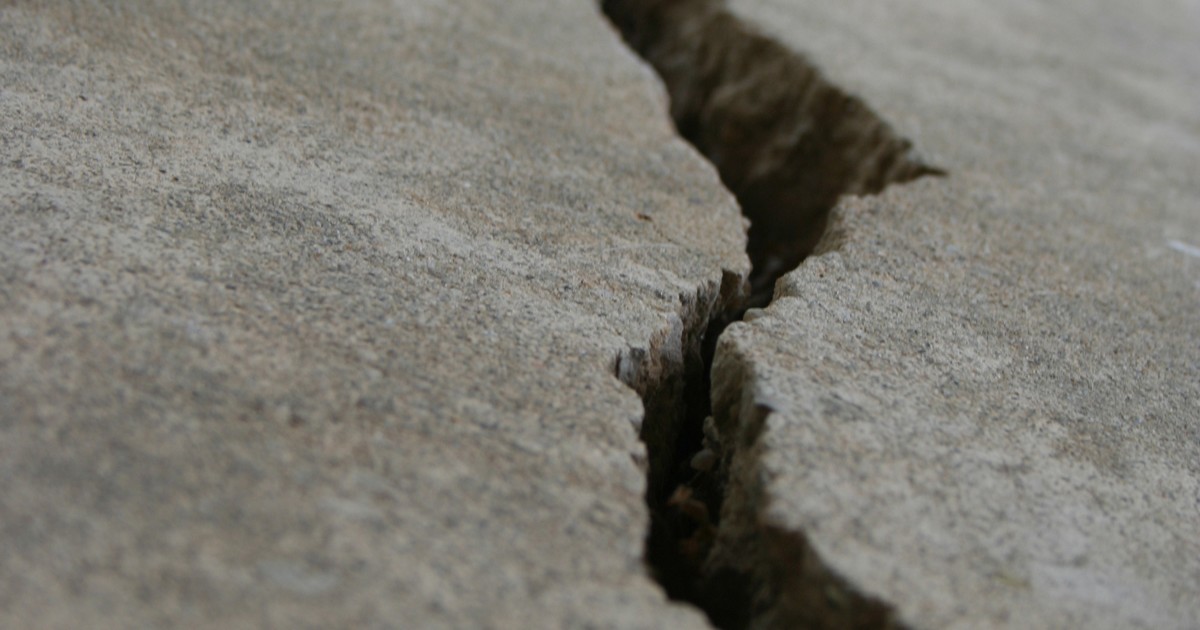 Gerhard Forde says, “Sanctification, if it is to be spoken of as something other than justification, is perhaps best defined as the art of getting used to the unconditional justification wrought by the grace of God for Jesus’ sake.”[1]

There are two layers in that statement.

We need to be aware of both layers. In much of the discussion about sanctification, radical Lutheranism, and antinomianism, the second layer is neglected. Instead of examining what justification Forde is talking about, we assume he means the same thing we would have meant had we made these statements.

Or to formulate it another way:

In the history of the Church, there have been multiple theories or explanations of the atonement. The question is, how did the work of Christ on the cross deal with my sin? Some of the answers proposed are: moral influence or moral exemplar; Christus Victor, conquest, or the dramatic idea;  several ransom ideas; several incarnational ideas; a new federal headship;  mystical theory; recapitulation theory; satisfaction; penal substitution; and the kaleidoscopic theory.

Yes, it’s a mess. And Forde made it worse. We’ll get to that in a moment, but first let’s recall the truth, to have in mind what he rejected and changed.

The Lutheran church believes, teaches, and confesses Christ’s substitutionary sacrifice. We believe that Christ’s death is a penal substitution for us and a satisfaction of God for our sins. He takes our place of judgment under the verdict of guilt for transgression of the law. Transgression of the law is not technical violation of regulations. It is hatred of God against the First Table, and hatred of our neighbor against the Second Table. It is not simply mistakes, but iniquity. Because of the magnificence and unique identity of Christ’s person, his substitution into our place is able to exhaust completely the verdict, judgment, and wrath of God on all the sin of all of us, and render to God all the obedience that was due from us.

As Luther explains the Second Article of the Creed, Jesus

has redeemed me, a lost and condemned person, purchased and won me from all sins, from death, and from the power of the devil; not with gold or silver, but with His holy, precious blood and with His innocent suffering and death.

That is why, in the Sacrament of the Altar, the pastor may speak a blessing like this:

Our crucified and risen Lord Jesus Christ, who has now bestowed upon you His holy body and blood, whereby He has made full satisfaction for all your sins, strengthen and preserve you in the true faith unto everlasting life.

That saying, “full satisfaction for all your sins,” is a succinct expression of the penal substitution and satisfaction ideas of the atonement that Forde rejects. Forde’s doctrine would stop your pastor from proclaiming that to you and the Communion rail.

When your pastor declares to you, “For Jesus’ sake, God forgives you all your sins, in the name of the Father and of the + Son and of the Holy Spirit,” the phrase “for Jesus’ sake” is crucial. The cross of Christ is crucial.[2] The incarnation of Christ without the cross would not atone. The cross without the blood of Christ purchasing and winning me from all sins, death, and the power of the devil would not atone. “Without the shedding of blood, there is no remission.”  (Hebrews 9:22)

Because the cross actually reconciles, therefore the Gospel is the “word of reconciliation.” It is the word that announces that reconciliation has happened. It proclaims what the blood of Jesus has done for us. As Paul says,

God, who has reconciled us to Himself through Jesus Christ, and has given us the ministry of reconciliation, that is, that God was in Christ reconciling the world to Himself, not imputing their trespasses to them, and has committed to us the word of reconciliation. Now then, we are ambassadors for Christ, as though God were pleading through us: we implore you on Christ’s behalf, be reconciled to God. For He made Him who knew no sin to be sin for us, that we might become the righteousness of God in Him. (2 Corinthians 5:18-21)

In Forde, grace and mercy always had been offered, even without the work of Christ. Our trouble is that we would not believe that, says Forde, and the job of the cross is to convince us. On the cross, Christ did not purchase and win me as Luther says. Instead, the cross is the means by which Christ reveals the grace and mercy of God, so that I will know of it, and rely on it instead of myself. The cross reveals a free-standing mercy that declares a general amnesty apart from anything being done to turn away the wrath of God or satisfy justice.

We might have thought that Forde’s program leads us to acquire the art of getting used to Christ purchasing and winning me from all sins, death, and the power of the devil. But the foundation layer of his claim has shifted. What we are really talking about is acquiring the art of getting used to a general amnesty, a bloodless mercy, an atonement without sacrifice, a verdict of acquittal without imputation of the righteousness of Christ.

Paul says God is “just and the justifier” (Romans 3:26) of those who believe. By saying that, in the work of atonement and justification, God is just, Paul makes plain that mercy did not simply sweep aside justice. Christ satisfied justice, and therefore it is just for God to justify us.

In fact, since justice is satisfied by Christ crucified for us, it would be unjust of God not to justify us. He would have to disregard the righteousness of Christ to refuse to justify us. Paul wants us to rest our assurance of salvation, in part, on the knowledge that God certainly would not be unjust. God is just – depend on it – and therefore, given that the righteousness of Christ is given to us, dependably, God justifies us. It was mercy that He gave his Only Begotten Son to die for us, but once the Son did die for us, it is also justice that God forgives us all our sins.

Forde’s theory changes that. Where Paul says God is “just and the justifier” of the one who has faith in Jesus, in effect, Forde says God is “merciful and the justifier.” He replaces just with merciful. Well, God is merciful, and God is the justifier, so in a manner of speaking, that is true. But replacing justice with mercy in Paul’s formulation robs us of justification being “for Jesus’ sake.” Instead, it is for the sake of something that would have been true before Jesus came and before he died. It is for the sake of that general mercy and grace that always had been offered before and apart from the work of Christ. Therefore it no longer is “for Jesus’ sake.”

Forde divorces justification from the propitiation worked by Christ, but Paul marries them.

Being justified freely by His grace through the redemption that is in Christ Jesus, whom God set forth as a propitiation by His blood, through faith, to demonstrate His righteousness, because in His forbearance God had passed over the sins that were previously committed, to demonstrate at the present time His righteousness, that He might be just and the justifier of the one who has faith in Jesus. (Romans 3:24-26)

Forde makes it out as if it would be sinful for God to have wrath. He insists that God must be at least as nice a guy as we are. We would remit sin without blood, so God must. Jack Kilcrease distills it this way:

Forde asks “But what of God? Can God not simply forgive?” In other words, not only is God’s sovereignty constrained by the concept of the eternal law, but the doctrine of substitution represents God as an ogre who can only forgive as a result of Jesus’ death. For God’s mercy to be truly merciful, according to Forde’s definition, it must be the result of spontaneous forgiveness. A God who demands that sin be punished would actually not be merciful, since by definition mercy is a relenting from judgment, not a pardon resulting from judgment’s fulfillment. Therefore, Forde states: “The question remains: if God has been satisfied, where is God’s mercy?”[3]

In Forde’s own words,

Why could not God just up and forgive? Let us start there. If we look at the narrative about Jesus, the actual events themselves, the “brute facts” as they have come down to us, the answer is quite simple. He did! Jesus came preaching repentance and forgiveness, declaring the bounty and mercy of his “Father.”[4]

When faith is created, when we actually believe God’s unconditional forgiveness; then God can say, “Now I am satisfied!” God’s wrath ends actually when we believe him, not abstractly because of a payment to God “once upon a time.” Christ’s work, therefore, “satisfies” the wrath of God because it alone creates believers, new beings who are no longer “under” wrath. Christ actualizes the will of God to have mercy unconditionally in the concrete and thereby “placates” God.[5]

This is at once antinomian and legalistic. Because Forde does not want the Law to condition or restrain God’s sovereign mercy, Forde changes the solution to the problem of sin from penal substitution to revelation of up-and-forgive mercy, and in the process, sin itself also is changed. You could talk about the problem Forde’s atonement solves with nearly no reference to the Law, unless there is a law that says, “Thou shalt trust mercy.” Then, justification happens because we keep that law when we trust, not because Jesus shed his blood. The antinomian part is the disregard of the Law aside from “Thou shalt trust mercy.” The legalistic part is that our fulfilling the law that commands trust justifies. “In Forde, faith fulfills the law and therefore ‘satisfies’ God.”[6]

That can’t work. It’s a disaster. There is no consolation for my conscience and no assurance of faith without what the blood of Jesus did for me before I knew it and before I believed it. The writer of Hebrews shows what Forde robs from me.

Therefore, brethren, having boldness to enter the Holiest by the blood of Jesus, by a new and living way which He consecrated for us, through the veil, that is, His flesh, and having a High Priest over the house of God, let us draw near with a true heart in full assurance of faith, having our hearts sprinkled from an evil conscience and our bodies washed with pure water. (Hebrews 10:19-22)

The state in which Forde’s radical Lutheranism leaves the conscience brings on a number of ill effects. They are the same effects that typically follow all losses of the chief article on which the church stands or falls, namely, the article on justification. The effects are simultaneous antinomianism and legalism, two sides of the same unjustified coin. Antinomianism is not conscious of its legalism, and legalism is not conscious of its antinomianism. Each thinks it is the furthest thing from the other. Therefore each is sincerely indignant when it is called error.

This is a loss of the Reformation, and a profoundly bad turn for its 500th anniversary in 2017, because it reverts to Papism. The faith that Forde defines is inside of us and keeps the Law. As such, it might as well be the Roman doctrine of infused grace.

[4] Gerhard Forde, “Caught in the Act: Reflections on the Work of Christ,” in A More Radical Gospel: Essays on Eschatology, Authority, Atonement, and Ecumenism, ed. Mark Mattes and Steven Paulson (Grand Rapids: Wm. B. Eerdmans, 2004), pp. 90-91.