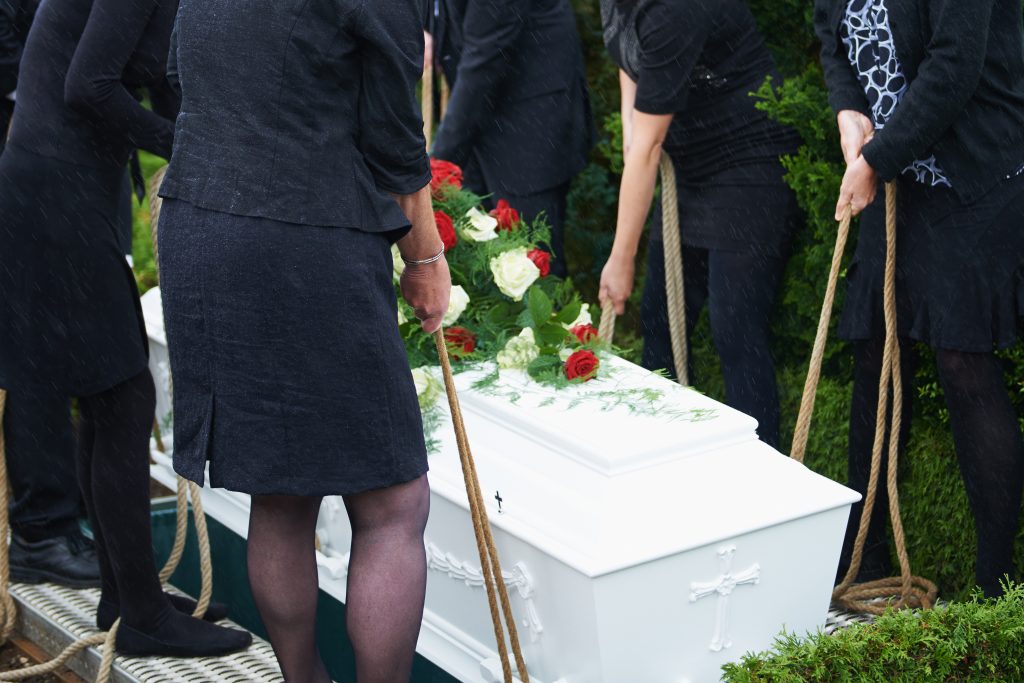 These two cases are alike. In both cases, we are dead, and because we are dead, we cannot raise ourselves. In the case of resurrection, God must raise us from bodily death to bodily life. In the case of regeneration, God must raise us from spiritual death to spiritual life. In both cases, we must cling to the Word alone, believing God’s promise against any attack on our faith.

Most Christians are clear on the necessity of trusting God’s promise of physical resurrection. Something about bodily death makes it obvious that we cannot raise ourselves to life. Maybe funerals give us closure, convincing us that our loved one really is dead.

Clarity is not as abounding concerning regeneration, however. Christendom is infiltrated with notions that once the grace of God is offered,

then the will of man from its own natural powers can add something, though little and feebly, …, can help and cooperate, qualify and prepare itself for grace, and embrace and accept it, and believe the Gospel. (Epitome of the Formula of Concord, Article II, para. 11)

We are prone to the notion that in the spiritual realm, dead does not mean dead. We have not attended the funeral for our spiritual death. We have not been to our old Adam’s graveside service.

We are hung up in the Devil’s lie to Adam and Eve. He said they would not surely die. As descendants of Adam, following in his sin, we are susceptible to viewing the spiritual death that Adam suffered immediately in the fall as figurative death.

God said, “Of the tree of the knowledge of good and evil you shall not eat, for in the day that you eat of it you shall surely die.” (Genesis 2:17) Eve did not echo that word accurately. She did not say, “You shall surely die.” She said, “lest you die.’” Today’s translations do not bring fully to light what she said in the word “lest.” That word speaks of peradventure. Her meaning would be expressed more clearly as, “You shall not eat it, perchance you might die.” Maybe, perhaps, possibly, conceivably, feasibly, imaginably, you might die.

That movement from faith to unbelief in the Word was an opening for the Devil. After Eve said lest, perchance, or peradventure we die, then he brashly declared, “You will not surely die.” (Genesis 3:4)

She does not mention the punishment as God had stated it. He had simply stated (Gen. 2:17): “On whatever day you will eat from it, you will surely die.” Out of this absolute statement she herself makes one that is not absolute when she adds: “Lest perchance we shall die.”

This is a striking flaw, and one that must not be overlooked; for it shows that she has turned from faith to unbelief. For just as a promise demands faith, so a threat also demands faith. … On her own she is adding to God’s Word the little word “perchance.” And so the deceit of the lying spirit met with success. What he sought to achieve above all – to lead Eve away from the Word and faith – this he has now achieved to the extent that Eve distorts the Word of God.[1]

On her own she added “perchance,” as if it were uncertain that they would die if they had eaten of it, though God nevertheless had expressed His will openly and clearly [Gen 2:17Open in Logos Bible Software (if available)]. She also adds on her own that the tree was indeed not even to be touched. …

Afterward, on the basis of the answer of Eve, who did not correctly recount God’s prohibition, the devil becomes more bold and completely denies the Word of God.[2]

Death already had happened. It happened at the instant of unbelief. Pride, lust, envy, and other sins result from unbelief and do not cause death but are only descriptions of death. Those other sins delineate what comes of unbelief. Before regeneration, we are walking dead, not because we are doomed to die in the future, but because we are dead already before we walk.

Unbelief is death. Death in and of itself cannot believe. Unbelief can only die and die and die.

The notion of synergism – the idea that some will, reason, or power in unregenerate man can cooperate with the power of God to convert us to Christ – is not simply a mistake. It is an absurdity that death would raise itself to life. Whoever preaches synergism to you, while appealing to your ego about some power you supposedly have, is doing you no favors. That preaching, if believed, works a cruel entombment of the mind in dead thinking.

In the thoughts of our sinful nature, we follow Adam in a related distortion of the Word. God said, “in the day you eat of it,” you shall surely die. Adam and Eve did die in that day. Sin and death passed to all men from Adam. We confess this, saying that while they did not die bodily, they did die spiritually in the Garden. But in our sinful nature, there is a problem with how we confess it. By “spiritually,” we do not mean what we should, that in the spiritual realm, Adam and Eve died literally. We use the word “spiritually” as if it were a word like figuratively, metaphorically, allegorically, or symbolically. This leaves wiggle room to claim some feeble power of ourselves, some little spark of life that survived Adam’s fall into sin, by which we can make a decision for Christ.

Having been buried with him in baptism, in which you were also raised with him through faith in the powerful working of God, who raised him from the dead. And you, who were dead in your trespasses … God made alive together with him, having forgiven us all our trespasses. (Colossians 2:12-13)

Learn to echo these words exactly, soundly, just as you have them in your Bible. This is the sword of the Spirit by which the Spirit defends you against the monster of uncertainty, against attacks on your assurance of salvation.

Jesus is our pioneer in this. Just as we heard the word of adoption as sons in our baptisms, in his baptism, the Only Begotten Son heard this Word, “You are my beloved Son.” Immediately the Spirit drove him into the wilderness to be tempted by the Devil. The Devil said, “If you are the Son.” Jesus had just heard at his baptism, “You are my Son.” Connect these dots.

This is an attack on the Word. Jesus overcame by clinging to the Word. He said, “Man shall not live by bread alone, but by every Word that proceeds from the mouth of God.”

The Word of the Father claiming Jesus as his Son in Baptism comes to us as adopted sons.

Repent, and let every one of you be baptized in the name of Jesus Christ for the remission of sins; and you shall receive the gift of the Holy Spirit. For the promise is to you and to your children, and to all who are afar off, as many as the Lord our God will call. (Acts 2:38-39)

Our conversion happens the way Jesus brought Lazarus from the dead. After having spoken to them figuratively, saying that Lazarus was asleep (John 11:11), “Jesus said to them plainly, ‘Lazarus is dead.’” (John 11:14) That was plain death, not figurative death. Then,

He cried with a loud voice, “Lazarus, come forth!” And he who had died came out bound hand and foot with graveclothes, and his face was wrapped with a cloth. (John 11:43-44)

Here is how you were converted and saved: “Lazarus, come forth.” You did nothing. The Word of God did everything.

After Jesus cried, “My God, My God, why have you forsaken me,” He said, “Father, ‘into Your hands I commit My spirit.’” (Luke 23:46) Clinging to the Word, “You are my Beloved Son,” He confessed, “Father.” He confessed this against the monstrous attacks upon his faith in his crucifixion. This is faith, that for his assurance, Jesus had the Word and the Word only. This is the way for you.

The monster of uncertainty exists only because we look in some small way to ourselves for our conversion, and we cannot be certain of even that little bit in ourselves. We can be certain of the Word. Be his disciple. Dear one, cling to the Word.

Seeing Is Not Believing

Priority of the Word: A Bleeding Woman and a Dying Daughter